In the battle for young talent, investment banks have been reduced to prep schools for private equity. Inside the cutthroat recruiting process launching the next generation of the superrich—and what it reveals about the status realignment rocking Wall Street. 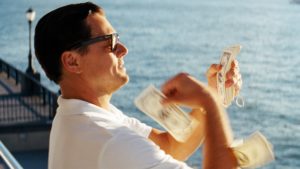 Once upon a time on Wall Street, the best and the brightest wanted to be M&A bankers, like Felix Rohatyn or Bruce Wasserstein. They wanted to advise IBM on its acquisition of Lotus, or GE on its purchase of RCA. If you could do that work at Goldman Sachs, at Morgan Stanley, or at Lazard (where I once worked), then there was nothing better in terms of pay, prestige, and bragging rights. You were, definitionally, a Master of the Universe.

Well, those days are over. And it’s not only because, according to the Financial Times, M&A deal volume for the first nine months of 2019 is down to its slowest pace in more than two years. Rather, for recent college graduates interested in finance, the place to be these days—assuming you are not an entrepreneur or tech-oriented—is private equity, firms that buy and sell other companies using mostly other peoples’ billions. That’s where real money can be made. In this new, increasingly unregulated America, where the disparity between rich and poor is reaching epidemic proportions, where Donald Trump could hypothetically shoot someone on Fifth Avenue and get away with it, people like Stephen Schwarzman, the cofounder of the Blackstone Group (net worth nearly $17 billion and counting); Leon Black, the cofounder of Apollo Global Management (net worth roughly $7.5 billion); and Henry Kravis, cofounder of KKR (net worth $6 billion) are the superstars and the ones to emulate. Investment bankers, worth mere millions, are pikers by comparison.

One consequence of private equity’s current preeminence is that, in the battle for talent, it’s no longer a contest. There’s a massive status realignment: The big private-equity firms essentially treat Wall Street’s major banks like a farm system, plucking away the most desirable young talent after they’ve had a couple years of seasoning. Nowadays, the recruiting of analysts, as entry-level bankers are called, is starting literally within weeks of recent college grads beginning their new Wall Street jobs—in other words, before they know a damn thing. “It’s wild,” says one former Wall Street analyst who now works in private equity. “It’s absolutely ridiculous.” Essentially, as soon as the recent college grads get to the Wall Street investment banks, they are getting recruited to leave to go to private-equity firms. “It’s, like, lawless,” he continues. “It makes no sense.”